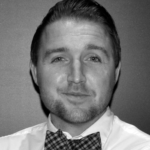 Walter Hamlin (John, the milkman) Walter Hamlin has been acting since childhood and spent most of his time in Los Angeles and Ventura County theatres. He’s been in Napa for 7 years and has been excited to be a part of the Napa Thespian scene. He works in the wine business and enjoys traveling, catching waves and swinging a golf club. 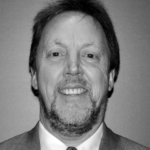 Richard Pallaziol (Richard) studied theatre at CSU Long Beach and the American Conservatory Theatre in San Francisco. Locally, he has performed at Napa Valley Conservatory Theatre (People’s Temple, Lydia, Eurydice), Cinnabar Theatre (Quality of Life, The Creature), Marin Shakespeare (Othello), Shakespeare Napa Valley (Much Ado About Nothing, How Shakespeare Won the West, As You Like It), Solano College (Peter Pan, A Midsummer Night’s Dream, Romeo & Juliet), and for the Napa Valley Shakespeare Festival (Macbeth, Richard III, The Tempest) where he also directed (Taming of The Shrew, Hamlet). Richard has been a professional stage fight choreographer for the past thirty-five years. 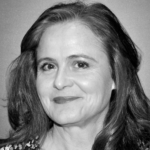 June Alane Reif (Sarah) is a veteran actor, director and former Board member of Napa Valley Playhouse (née Dreamweavers). She studied acting at Louisiana State University, in San Jose at the San Jose Repertory Theatre, in private classes with Ed Hooks and Barbara Titus and is also a graduate of Bay Area TheatreSports in San Francisco. Prior to her move to Napa, she worked with several community and semi-professional theater companies in the South Bay. Her credits also include a variety of voice-over roles, independent short films and television commercials. Some of her favorite theatrical roles include the various characters of Parallel Lives (The Kathy & Mo Show), Mac in Three Viewings, Elvira in Blithe Spirit and Bella in Lost in Yonkers.